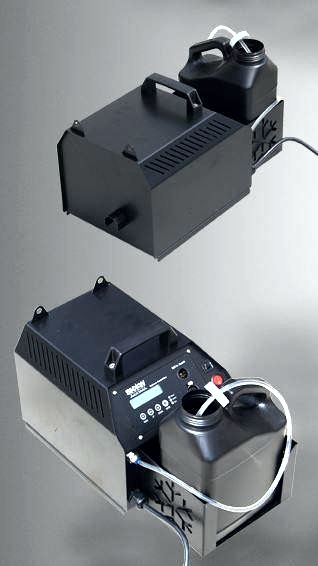 Photo: US Department of Defense

The SmokeMaster™ in action

KFT’s classic smoke generator SmokeMaster™ can be used as a portable smoke generator only or when integrated into a KFT FireTrainer® system. It is the successor of KFT's formerly supplied SmokeMaster™ SM3K which has been used extensively by the United States Navy e.g. for over 12 years, due to its unmatched smoke generation capability and reliability!

The machine has a hardwire remote smoke emit capability and variable smoke output. It uses the KFT SmokeMaster™ Smoke Fluid which can be ordered separately.

KFT’s SmokeMaster™ does not require a canister of CO2 or Nitrogen propellant... saving you hassle and expense.

The smoke for the KFT SmokeMaster™ is water based, and is safe and residue-free. There is no cleanup after completing your training scenarios. The environmentally safe, clean and non-toxic smoke produced by the smoke generator provides realistic search & rescue, SCBA, HazMat or leak testing without any of the risks associated with real smoke.

(Mild steel made in the USA)