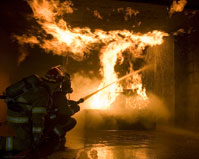 Fires can be programmed to automatically spread and extend to other areas, like this attic space.

A wide variety of residential and industrial fire scenarios are available, like this HazMat drum storage fire simulation.

Nationally Recognized Test Laboratory (NRTL) confirmed compliance to UL 508A and NFPA 86 standards for the T-1000 and T-2000. 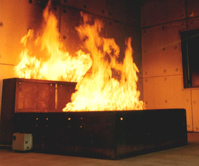 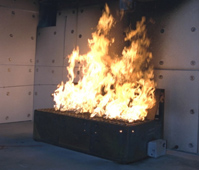 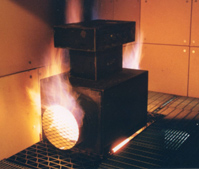 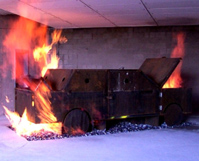 The Structural FireTrainer® T-1000 and T-2000 are the world's most advanced fire training simulators and burn props. They feature multiple fires in each burn room, with the capability of automatically spreading and extending to other areas. The automatic control system allows the instructor to focus on the students rather than the controls! 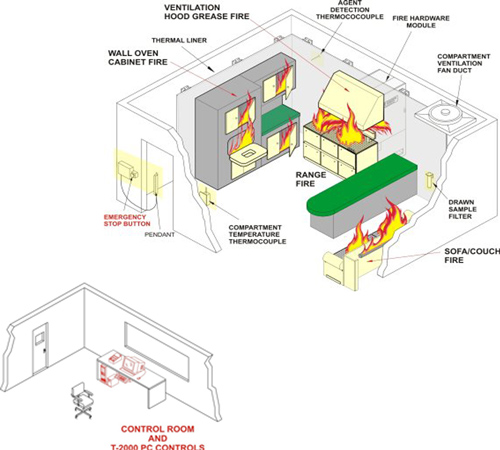 T-1000 & 2000 multi-fire burn room. Fires can be programmed to automatically spread behind a trainee's position or to another room. 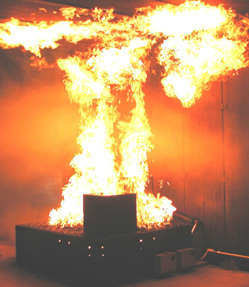 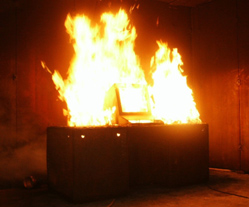 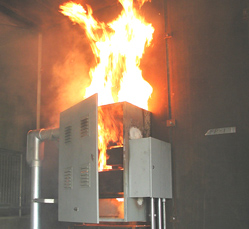 Learn why KFT's safety systems have made the difference in over 4,000,000 fire evolutions.
More

A dramatic and intense fire training tool. Optional on all FireTrainer® systems.